Ok, we’re going to start things off with a small project that has waited a large amount of time to get done. Upstairs in the master bath there was a built in planter between the huge tub and window. When we got the house, there was an assortment of cacti in said planter. Even though I am a fan of most green things that also double as air-purifying devices, I wasn’t a fan of these. 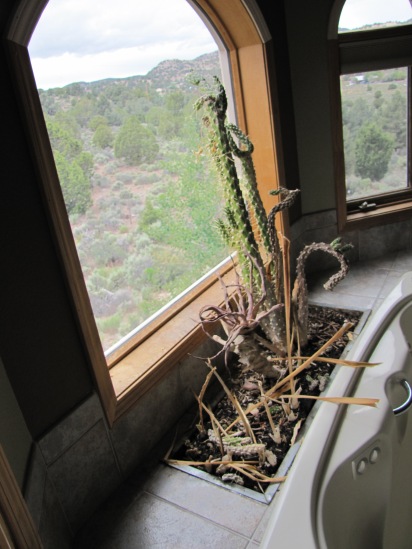 So, they had to go! Except they didn’t. We did cut them down at the base, but we left the dirt and roots to sit. It became one of those “it’s not really in the way so I’ll do it later” kind of projects. Then, last summer, we got us a pair of super cute kittens. Once they discovered this super cool box of dirt, well, I think you can guess what happened. So now we had a stinky planter that really needed to go.

How can you say no to that cute face? Let me tell you, it’s remarkably easy. They’re terrors, especially this one. ^^That’s Jimmy^^ 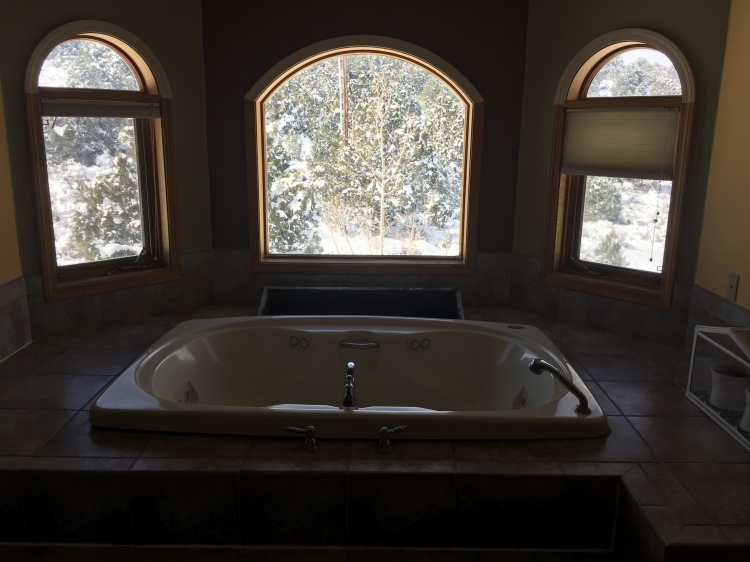 And it smells much better too 🙂

Now the bathtub that isn’t attached and that we don’t use can at least look a bit nicer until we redo the bathroom (5-10 yr plan). Yay for baby steps. I celebrated with a cookie.